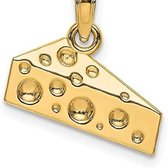 Stay up to date, be part of a community and show your support.

The Libertarian Party will hold a national convention in less than three weeks. In the months prior t